In the late summer of 2015 the WHTFC placed our new 2015 Pierce Heavy Duty Walk-In Rescue. Rescue 36-1 carries 10 firefighters with 6 in the raised-cab and 4 in the 23.5’ walk-in body. The Heavy Rescue carries tools necessary to perform vehicle rescue, structural fire rescue, forcible entry, ventilation, RIT, rope rescues, technical rescues, confined space rescues, collapse rescues, trench rescues, water rescues, basic life support, and many other functions. The rig is first out the door on all in-township vehicle accidents, mutual aid structure fires & entrapments and technical rescues. The cab and the body both have their own air conditioning systems. The rescue is set up with 10 ready-to-use SCBAs as well as numerous back-ups. The Rescue has a 500 HP DD13 Engine with a 6-speed Allison transmission. It is equipped with a 30KW generator with 420,000 lumens of generator powered halogen scene lighting. Also there are 168,000 lumens of 12DC LED scene lights around the rig. Counting all of its numerous floodlights, tri-pod lights and telescoping light tower the rig carries over 700,000 scene lighting equipment. On each side there is a 200’ electric cord reel with 120/240VAC output. Also there are 600’ of portable electric cords. It has a 15,000lbs front mounted Warn Electric Winch with snatch blocks, rigging hooks, various chain clusters, and rigging accessories. There is over 400’ of chain mainly GR100, (2) 3 3/4Ton chain lever hoists, (1) 1 3/4Ton chain lever hoist, (2) 6,000lbs Lug-All’s, various nylon slings, and a full complement of rigging accessories. On the sides and rear of the rig there are (5) Class IV 2” receivers. A 9,000lbs Ramsey Portable Electric Winch is carried and can be used at any receiver location. Also around the rig there are (2) anchor points front and rear with (6) anchor points around the roof of the rescue body. Access to the roof is via steps and a hatch in the walk-in area. It has 6 pre-connected Amkus Rescue Tools powered by “The Ultimate System”, which include two spreaders, one AMK-25E cutter, one AMK-21A cutter, one AMK-22 cutter, numerous hydraulic rams and a long list of hand tools and specialized kits. Numerous sizes of airbags are carried including medium and High pressure from 1Ton to 74Ton capacities for a total complement in excess 350Tons. The rig also carries a full complement Paratech Acme Struts with associated accessories. We carry an extensive array of cutting tools including (2) Oxy/Act torches, Slicepack, Hypertherm plasma cutter, metal cutting saws, grinders, cut off saws gas/electric, and many more are carried from specialized torch cutting equipment, numerous ground ladders. A full complement of mechanics tools to 2” are carried with pneumatic impacts from 3/8” to ¾”, electric 1” impact, truck service sockets, and tools to remove broken fasters of all types. Concerning rope we carry over 2000’ of ½” and 200’ of 5/8” life safety rope with many pre assemble systems, and assembled packs for wilderness rescue. Confined space equipment is carried with 600’ of longline incluing escape packs and ventilation equipment. Two MSA 5x Gas monitor are carried along with a MSA Thermal Imaging Camera. Regarding stabilization, we carry a small forest of cribbing which is second to none from 2x4s to 8x8s and everything in between, basement jacks, paratech struts, various jacks, steel plates, and concrete anchors of all kinds. Outside of all the technical equipment we carry all the standard equipment as, RIT Packs, on board computer, medical supplies, MCI tags, backboards, KED’s, LSB’s, SKED’s, AED, general firefighting tools, ladders, and much much more. 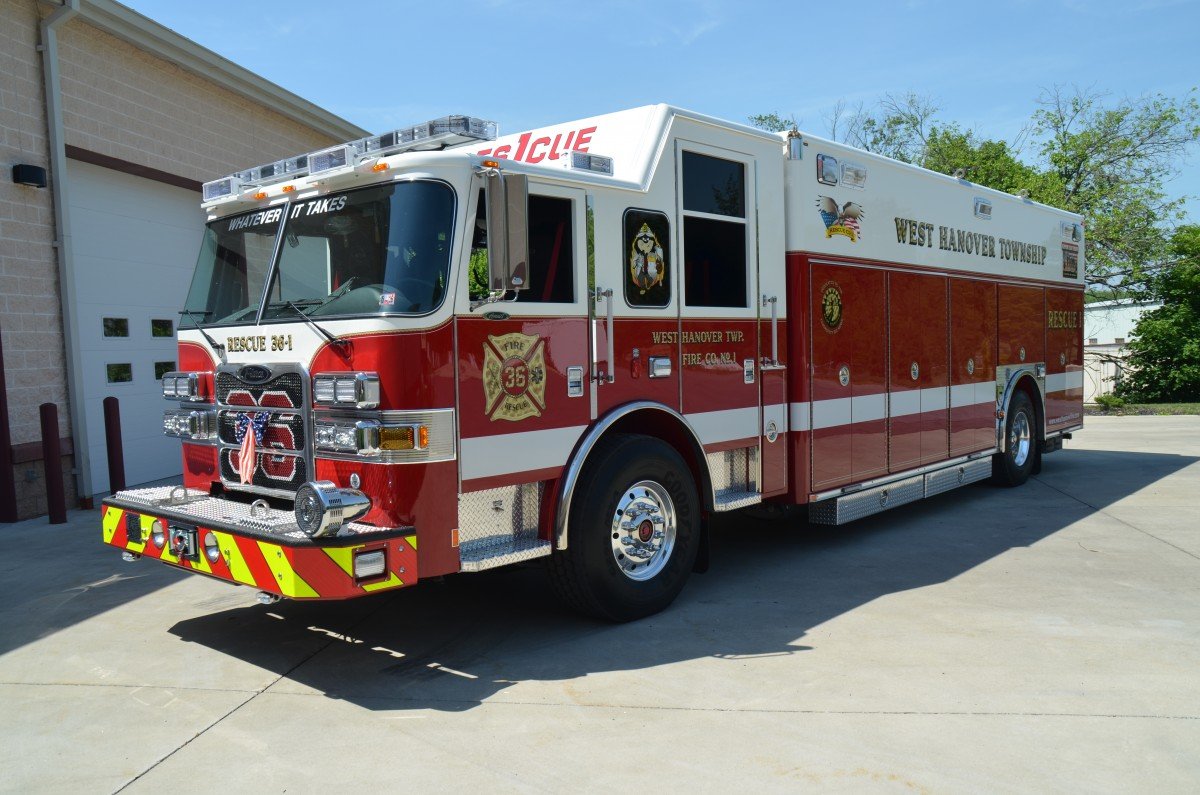